<h3>My concern is not whether God is on our side; my greatest concern is to be on God’s side, for God is always right.</h3>
~Abraham Lincoln

Here’s how I know that God wants you and me to be investors:

In the book of Matthew, the parable of the talents demands that we do well with the money God has entrusted to us, regardless of how much money we have or how fearful we may be. The parable involves three servants and the handling of the money that the master had entrusted to them. At times, I’ve heard something like “abilities” substituted for “money” when this parable is taught.

I’m going to zero in on exactly what is taking place and share with you what I believe is the main message.

Let’s read it first as printed in the 1984 New International Version:

14 Again, it will be like a man going on a journey, who called his servants and entrusted his property to them. 15 To one he gave five talents of money, to another two talents, and to another one talent,

19 After a long time the master of those servants returned and settled accounts with them. 20 The man who had received the five talents brought the other five. “Master,” he said, “you entrusted me with five talents. See, I have gained five more.”

21 His master replied, “Well done, good and faithful servant! You have been faithful with a few things; I will put you in charge of many things. Come and share your master’s happiness!”

22 The man with the two talents also came. “Master,” he said, “you entrusted me with two talents; see, I have gained two more.”

23 His master replied, “Well done, good and faithful servant! You have been faithful with a few things; I will put you in charge of many things. Come and share your master’s happiness!”

26 His master replied, “You wicked, lazy servant! So you knew that I harvest where I have not sown and gather where I have not scattered seed? 27 Well then, you should have put my money on deposit with the bankers, so that when I returned I would have received it back with interest.

28 “Take the talent from him and give it to the one who has the ten talents. 29 For everyone who has will be given more, and he will have an abundance. Whoever does not have, even what he has will be taken from him. 30 And throw that worthless servant outside, into the darkness, where there will be weeping and gnashing of teeth.”

LESSONS FROM THE PARABLE OF THE TALENTS

Lesson One: To have more, we must increase our abilities.

Each servant was given to according to his ability (verse 15).

If we want to have more to manage, we must first demonstrate the ability to handle what we are entrusted with right now.

Where should we go in order to find the wisdom needed to increase our abilities?

“But remember the Lord your God, for it is he who gives you the ability to produce wealth, and so confirms his covenant, which he swore to your ancestors, as it is today.” —Deuteronomy 8:18

It is God that gives us the abilities we need.

When should we start investing, or at least, seeking out opportunities?

The servant set out when?

He took the directive he had received and implemented it right away.

He was to gain more with that which had been entrusted to him.

Lesson Three: We are to be investors.

There are two reasons why this is true:

2. The last servant buried his money and returned only what he was given. He was reprimanded and told, “you should have put my money on deposit with the bankers, so that when I returned I would have received it back with interest.” In other words, if you weren’t willing to invest and make something substantial out of it, then you should have at least done the very minimum and earned interest.

Are you so afraid of losing what you have that you are considering burying it in your back yard?

What brings this to life even more is to consider what a talent is equal to today.

In his book, The Cure for the Common Life, Max Lucado says, “Before ‘talent’ meant skill, it meant money. It represented the largest unit of accounting in the Greek currency—10,000 denarii. According to the parable of the workers, a denarius represented a day’s fair wages (Matthew 20:2).”

A talent equals 10,000 denarii and a denarius equals a day’s fair wages.

What is a fair day’s wages in today’s money?

If someone handed that amount of money to you with the responsibility of doing more than handing it over to a banker, could you double it, or would you hide it?

Each servant was offered feedback on the job they did. The first two were commended and put in charge of more things. They were good stewards, or managers, of that which was entrusted to them. They were also invited to share in their master’s happiness.

What a great example!

We are to be in charge of instead of owning.

We need to do better than just giving it to a banker. Besides, nowadays, you almost have to pay a banker to keep your money.

How bad is that?

We need to invest wisely, and then it might also be said of us, “Well done, good and faithful servant!” We can share in the owner’s happiness.

What is ours to manage?

Everything God entrusts to us. The third servant got it all wrong. He was so afraid of his master that he couldn’t envision doing anything but hiding the money, so he could give it back.

What was his feedback from the master?

The master scorned him for not having the common sense to at least give it to a banker to earn interest. His talent was taken from him and given to the one who had ten talents, and he was thrown into the darkness.

Although giving our money to a banker who will pay us interest is better than hiding it, God wants us—expects us—to invest what He has entrusted to us.

Wealth and happiness are the by-products of a job well done.

According to Matthew 25:29, we gain more or keep none. 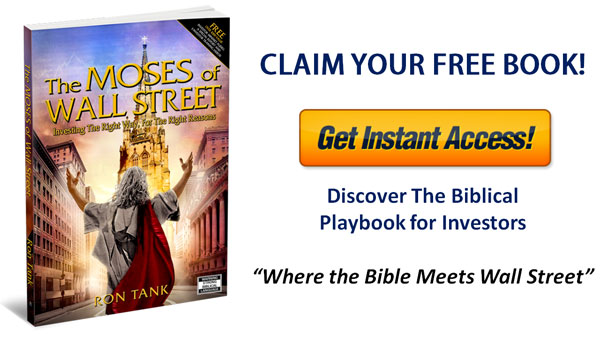 BREXT News Update for Investors
One Deadly Sin You Must Avoid 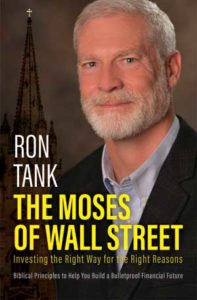 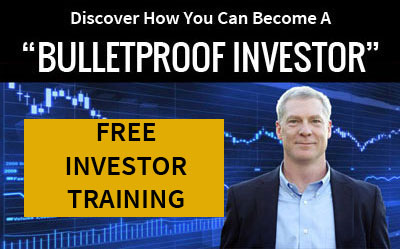 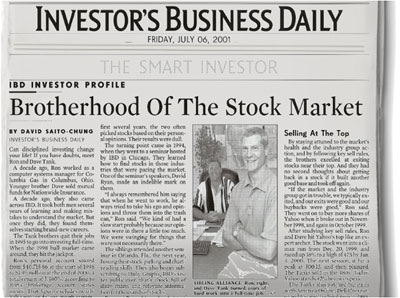